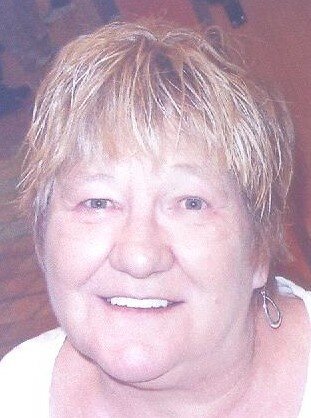 Please share a memory of Dorothy to include in a keepsake book for family and friends.
View Tribute Book
Dorothy E. Lehman age 79, of Ransomville passed away on New Year’s Eve 2022 at Mount St. Mary’s Hospital in Lewiston, NY. She was born in Potsdam, NY on July 2, 1943, the daughter of the late Irving and Louise (Premo) Chapman. Dorothy was married nearly fifty years to Wayne Lehman, who died in 2015. They raised two sons, Adam Lehman, who lived with her and faithfully cared for her during her long illness, and James (Deborah) Lehman of Youngstown. She had one sister, Carolyn Wilson, of Ransomville. She and Adam were her care givers. Her one brother, Harley Chapman, died in 2015. She had one grand-daughter, Alexandra Lehman. Dorothy had one niece, Katie (Grey) Chapman and three nephews, John (Melissa) and Paul Wilson, and Jeffrey (Laura) Chapman. She took delight in Katie and Grey’s two-year-old daughter, Delilah. Dorothy graduated in 1961 from Lewiston Porter Central School. She then attended Bryant and Stratton Business School. She had various secretarial jobs throughout the years. She worked for over 20 years in the offices of at the Lewiston Porter Central School District. She enjoyed her job there and made many enduring friendships. Dorothy had a larger-than-life personality. She was usually the center of attention in most situations. She loved her family, her friends, tending flowers, going to the casino, visiting New York City, and being with her pets. Her special dog, Chico, was completely devoted to her. Dorothy was a “one-of-a kind” lady. She will be forever missed by her friends and family. Graveside services will be held Tuesday, January 10, 2023 at 11:00am, from Niagara Falls Memorial Park Cemetery, 5871 Military Rd. Lewiston. Memorial Donations may be made to Niagara County SPCA, 2100 Lockport Rd. Niagara Falls, NY 14304. Arrangements by the Hardison Funeral Home, Ransomville
To send flowers to the family or plant a tree in memory of Dorothy Lehman, please visit Tribute Store
Print
Tuesday
10
January