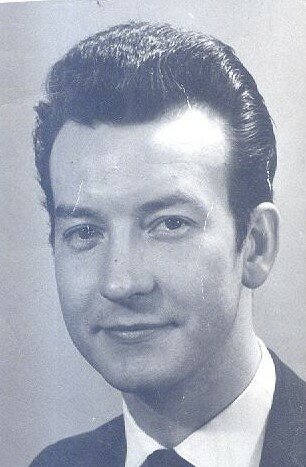 Please share a memory of Brian to include in a keepsake book for family and friends.
View Tribute Book
Brian F. Aldous, age 84, of Lewiston, husband of Jean Aldous (Nee Tilley) died Tuesday, October 25th, 2022, at OLP in Lewiston, NY. Brian was born on July 13th, 1938, in London, England. He is the son of the late Frank and the late Amelia (Thorp) Aldous. He married Jean Tilley on June 5, 1965, in Chigwell, Essex, England He was one of the founders of IIMAK and served as the Vice President/ Director of Research retiring in 2001. Brian previously had served in the British Armed Forced with the British Army. He was a member of the Kiwanis, British Car Club, MG Car Club, was a soccer referee and had played professional soccer in England at one time. He is survived by his wife, Jean; his brother, Barry (Joane) Aldous; a niece, Adele Aldous; a nephew, Ian Aldous and great Nieces, Olivia, Eva, and violet. Per his request he will be cremated, and no services will be held. Arrangements entrusted to the staff of HARDISON FUNERAL HOMES INC. Lewiston.
To plant a beautiful memorial tree in memory of Brian Aldous, please visit our Tree Store

A Memorial Tree was planted for Brian
We are deeply sorry for your loss ~ the staff at Hardison Funeral Home - Lewiston
Join in honoring their life - plant a memorial tree
Services for Brian Aldous
There are no events scheduled. You can still show your support by planting a tree in memory of Brian Aldous.
Plant a tree in memory of Brian
Print
Online Memory & Photo Sharing Event
Online Event
About this Event