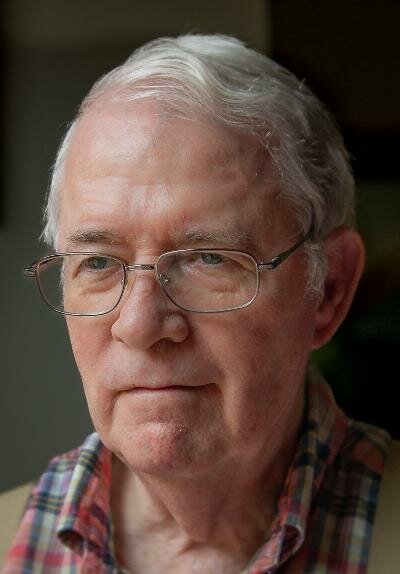 Please share a memory of Gary to include in a keepsake book for family and friends.
View Tribute Book
Gary Joseph Loughran 77, of Lewiston, NY was born in Darby, PA in 1945 and died on October 7, 2022, from complications due to Alzheimer’s disease. He was the son of the Florence (Smith) Loughran and the late Joseph F. Loughran. Raised in Elmira, NY, Mr. Loughran graduated from Notre Dame H.S. and attended Corning Community College. He received his bachelor’s degree in accounting from LaSalle University in Philadelphia, PA in 1969, and received his MBA from Widener University in1975. He was employed by the accounting firm of Arthur Young in Philadelphia until he was drafted into the U.S. Army where he served as a Spec 5 in the 16th Finance Corps at Fort Meade, MD. Following an honorable discharge in 1971 he was employed by the Insurance Company of North America in Philadelphia, PA. In 1975 he was hired by Crum and Forster Insurance Co. located in Durham, NC, as the comptroller for the Virginia-Carolina’s region. Promoted to Vice President of Finance in 1980 he was transferred to the company’s home office in Morristown, NJ. Loughran moved to the WNY area in 1981 eventually purchasing the Mahoney Insurance Agency located in Niagara Falls. As a communicant of St. Bernard’s Church in Youngstown, he served as a Lay Eucharistic Minister and Lecturer for over 15 years. Once retiring in 2005, he spent his time enjoying traveling, biking, and became accomplished at woodworking. He is a former member of the Knights of Columbus, the Ancient Order of Hibernians, and was a past president of the Youngstown Lions Club. Mr. Loughran is survived by his loving wife of 53 years, Susan (Boilard), three daughters Melissa of Buffalo; Elizabeth (Rajiv Idiculla) of San Diego, CA; Kathleen (Jason) Colpetzer of Williamsburg, VA and his grandchildren Lauren and Nathan Colpetzer; and Alexander and Kellan Idiculla. He is also survived by five brothers: Fr. John O.S.F.S of Detroit; Joseph (Debbie) of Vero Beach, FL; Kevin of Middleport, NY; Thomas (Darcy) of Seattle, WA; Martin (Margaret) of Wilson, NY; and two sisters Virginia (Warren) Payne of Youngstown, NY; and Marianne (James) Frick of Gaylord, MI, as well as many nieces and nephews. A Memorial Mass will be held at St. Bernard’s Church (Second and Hinman) Youngstown, NY on Saturday, October 15, 2022 at 10:30 A.M. In lieu of flowers memorial contributions may be made to The Alzheimer’s Association Western NY Chapter, 6400 Sheridan Dr Suite 320, Buffalo, NY 14221, or Niagara Hospice, 4675 Sunset Dr, Lockport, NY 14094. Arrangements entrusted to Hardison Funeral Homes Inc. Please visit www.hardisonfuneralhomes.com
To send flowers to the family or plant a tree in memory of Gary Loughran, please visit Tribute Store
Saturday
15
October