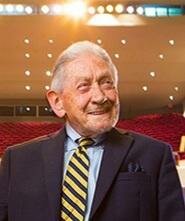 Obituary of Thomas B. Burrows

Please share a memory of Thomas to include in a keepsake book for family and friends.
View Tribute Book
Burrows, Thomas Burton, Sept. 18, 2022, age 88, at Lewiston, NY. Predeceased by his dear wife Kerry Bell Burrows (1996), Tom was the beloved father of six children: Shaw Hawkins Burrows, Ann Davis Rose, Thomas Tremaine Burrows, Gordon Smith Burrows and Kimball Burton Kelly (Leonard). He was the proud grandfather of eight grandchildren: Hawkins, Eilis, Eli, Lucas, Lillian, Hugh, Henry and Thomas. He leaves behind his dear friend Carol Calato. Tom was born Feb. 6, 1934 in Seminole, Texas to Thomas Burton Burrows and Mary Louise Pittman Burrows (both deceased) and is survived by his much-loved younger sister Sue Jackson. Tom grew up happily amid the rich culture of Texas oil and ranching. A gifted trombonist and actor in high school, he enrolled at McMurray University in Abilene on a music scholarship before transferring to full-time theatre studies, setting the stage quite literally for a storied career in theatre management that touched seven decades and lasted into his 80s. Tom left Texas on a one-way ticket to New York City in 1955 and as he was establishing himself there was called into service. While stationed in Europe in 1957-58 he became company manager and director of the Seventh US Army Repertory Theatre Company. On returning to the US, he worked on numerous productions in New York and Connecticut. Tom joined the Yale School of Drama in 1966 and worked as managing director of theatre operations before moving to Canada in 1971 to grow the Shaw Festival in Niagara-on-the-Lake into a full-time operation, which was among his proudest accomplishments. He went on in 1976 to manage Toronto’s O’Keefe Centre and in 1979 to manage Hamilton Place. Returning to the US in 1991, Tom worked as a theatre management consultant in Cooperstown before becoming executive director of the Center for the Arts at the State University of New York at Buffalo in 1996, a role in which he thrived until his retirement in 2016. During his tenure he brought the young CFA into solid financial standing, developed vital partnerships with other arts organizations and helped the theater grow into an important part of Buffalo’s cultural life. Throughout his working life, Tom volunteered on many community boards and agencies and earned numerous awards and citations for helping to improve community life, education and health care through the arts. Tom was an elegant, gracious and worldly person who was equally at home meeting Queen Elizabeth II at the opening of the Shaw Festival as he was chatting with the cashiers at the local grocery store. He was a crossword ace, an avid reader and a gourmet cook and baker whose specialties included the fiery Texan dishes he had enjoyed in his youth. He mentored many and learned from everyone. More than all this, he was a loving, devoted family man and a loyal friend whose care for others was deep, sincere and abiding. Cremation has taken place. Memorial service 5 p.m. Friday, Sept. 30 at Hardison Funeral Home, 401 Ridge St., Lewiston (North Fourth and Ridge), followed by 6 p.m. reception at Artpark Mainstage Theater, 450 South Fourth St. Lewiston, NY.
To send flowers to the family or plant a tree in memory of Thomas Burrows, please visit Tribute Store
Friday
30
September