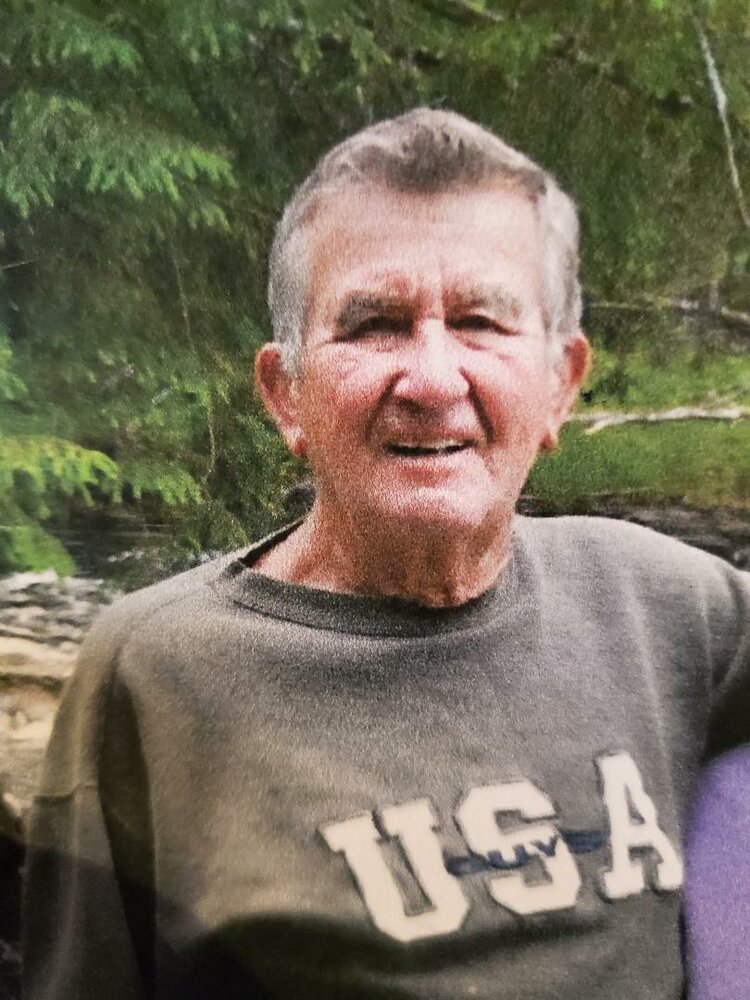 Please share a memory of Duke to include in a keepsake book for family and friends.
View Tribute Book
Duke L. Williams Born January 5, 1927 in Bigler, PA. His parents were Nellie E. Duke (Mother) and Myrle E. Williams (Father). He attended local schools in Clearfield until joining the U.S. Navy in January 1944. He remained in the Navy until August 1958 and received an honorable discharge. His 14 years in the Navy began in 1944 when he attended Boot Camp in Samson, NY. After Boot Camp, he went on to successfully complete the Amphibious and Gunnery Training in San Diego, CA. He then joined the Amphibious forces at Peleliu, in the South Pacific during WWII. In 1946, he participated in the 1st Atomic Bomb test at Bikini Island (Bomb Test Able & Baker) with the Salvage division on board USS Achomawi ATF 148. Then in 1950, Duke was transferred to the Battleship USS Wisconsin as a Gun Captain for the re-commissioning. During 1951 & 1952, he was assigned to the 7th Fleet Task Force in Korea, during the Korean Conflict. Duke received Navy Expert Rifleman at age 17. Decorations included Peleliu, Bikini, & Korea. He was a lifetime member of Sampson WWII Navy Veterans and Plank Owner. Duke also held lifetime memberships to: The National Association of Radiation Survivors, National Association of Atomic Veterans, VFW Post 313 of Youngstown, NY. USS Battleship Association, Disabled American Veterans (DAV), and the National Association of Fleet Tug Salvage & Diving Association. He was also a member of the Masonic Lodge F&AM #551 of Ransomville, NY. Duke enjoyed fishing, hunting, trapping and was a great outdoorsman. He enjoyed panning for Gold in Alaska. He collected native American artifacts from the Northeast and Southwest. He raised livestock and grew spectacular gardens and was an accomplished bee keeper for over 50 years. He also enjoyed riding Harley Davidson motor cycles in his youth. Until recently, he spent summers in Western NY and winters in Apache Junction, AZ. He was a retired member of the Ironworkers Local #9 of Niagara Falls, NY. During his career as an Ironworker, Mr. Williams worked on the New York State Power Project from 1958 until its completion in 1963. In addition to local jobs; he traveled to the Arctic Circle in Alaska to work on the Early Warning Defense Project (Radar Domes) from 1964 to 1965. During the late 70’s he returned to Alaska to work on the construction of Trans Alaskan Oil Pipeline as a government certified welder. After he returned back home, the local guys quickly nicknamed him “The World’s Greatest Welder”! He also worked in Alabama for Tennessee Valley Power Authority on the Tennessee Valley Nuclear Power Plant. Prior to retirement, Duke also worked at the Somerset Power Plant in Barker, NY. Mr. Williams is survived by his children Yvonne Bell (Tim), Jeffrey Williams (Holly), Theresa Ehlen (Anthony), also, 3 Grandsons whom he adored: Michael Bell (Kellie), Thomas Bell, and Adam Newkirk also 3 Great-Grand Children: Josh, Grace, and John Michael. He is also survived by several nieces and nephews. Mr Williams is predeceased by his wife Lavansha (Vanch), 4 brothers Glen, Ford, Lee, Butch and a sister Margaret.
To send flowers to the family or plant a tree in memory of Duke Williams, please visit Tribute Store
Print
Wednesday
31
August