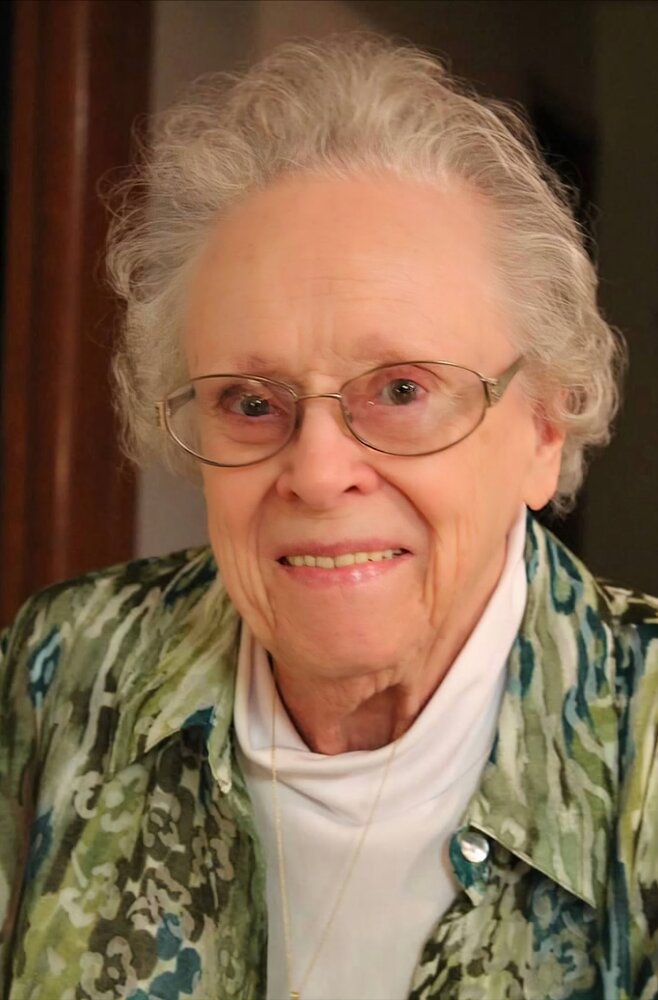 Please share a memory of Ada to include in a keepsake book for family and friends.
View Tribute Book
Ada (Davis) Budde, age 96, died July 3, 2022, at her home in Lewiston surrounded by her family. She was born in Niagara Falls, New York August 11, 1925, and graduated from Niagara Falls High School in June 1944. After graduation, she entered the Cadet Nursing Corps at E.J. Meyer Memorial Hospital in Buffalo, New York. She finished her training in 1947 and received her R.N. license in January 1948, shortly before her marriage to William F. Budde in July. They had been married 58 years at the time of his passing in 2006. Following the birth of her sons she returned to work part-time as an OB/GYN nurse at Niagara Falls Memorial Hospital. Ada began her full-time nursing career in 1956 and retired after 36 years in 1990. That same year she began her second career at the hospital as a volunteer and member of the Niagara Falls Memorial Medical Center Auxiliary. During this time, she served as a member of the auxiliary board and chaired several committees until her second retirement 25 years later in 2015. Ada was an avid Barbie Doll collector and devoted her free time to reading, crossword puzzles, bird watching, knitting, and crocheting projects, including clothing for her dolls, Christmas ornaments, and christening gowns for her grandchildren. Most of all she enjoyed her special time with her children, grandchildren, and her great grandchildren. She attended Messiah Lutheran Church in Lewiston and most recently Zion Lutheran Church in Niagara Falls. Ada is the daughter of the late Arthur and Gladys (Buckley) Davis. She is survived by her sister Onalee Duthe of Leroy, New York, and her brother Bill Davis and his wife Lois of North Bennington, Vermont, and her sons Bill and his wife Laura of Arlington, Vermont, and Jeffrey and his wife Patricia of Youngstown, New York. Ada is also survived by her grandchildren, Jessica Budde Parker, Christopher and his wife Jessica, Alicia, and Rowan, and great grandchildren Thomas, Tyler, and Jack. Visitation hours are Monday, July 11th from 3:00 p.m. to 8:00 p.m. with a brief service Tuesday, July 12th at 11:00 a.m. at the Hardison Funeral Homes Inc., on the corner of North Fourth and Ridge Streets (401 Ridge St.) in Lewiston, NY. In lieu of flowers memorial gifts may be made directly to the Upper Mountain Fire Company, Lewiston, New York. Please visit www.hardisonfuneralhomes.com
To send flowers to the family or plant a tree in memory of Ada Budde, please visit Tribute Store
Print
Monday
11
July