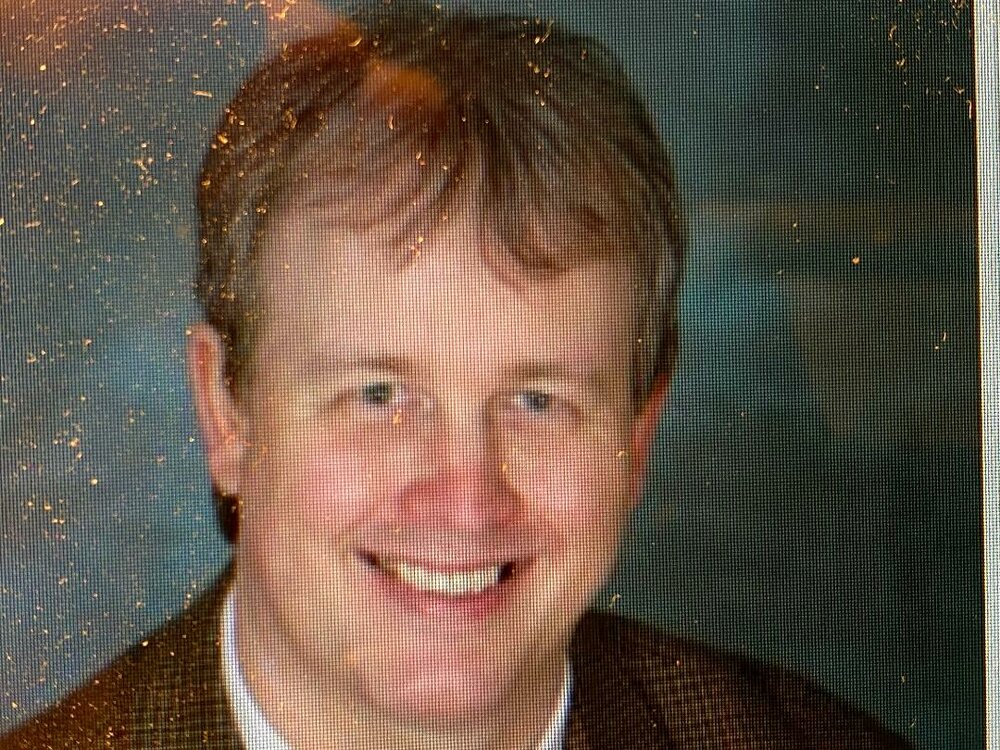 Please share a memory of John to include in a keepsake book for family and friends.
View Tribute Book
Beloved son, John W. Vrooman, 57, of Lewiston, passed away, suddenly at home on June 5, 2022, while watching 60 Minutes with his parents, William and Barbara Vrooman. His sudden and untimely death was a shock to his family and friends, and he will be greatly missed by all who knew his kind, friendly, smiling, and humorous personality. John was born in White Plains, New York on July 6, 1964. Although most of his life was spent in White Plains, New York, he was baptized in Lewiston and later married in Lewiston where he has lived for the past five years with his parents. He is survived by his parents, William H. and Barbara T. (Thornton) Vrooman, of Lewiston, his daughter, Sarah Rose Vrooman, of White Plains, New York, his former wife but dear friend, Zoraya, mother of Sarah, his brothers, Robert P. Vrooman (Kristin) of Darien, Connecticut, and Peter E. Vrooman of Hatboro, Pennsylvania, twin nephew, and niece Brett and Kelsey Vrooman, also, twin nephew and niece, Boden and Brinley Vrooman of Darien, Connecticut, and his uncle Robert J. Thornton III, of Atlanta, Georgia. In White Plains, John was Vice President of Technology for the Family Realtor firm, Nelson-Vrooman Associates, Inc. for over 20 years until the firm was sold and merged With Better Homes and Gardens, Rand Realty, where he worked for more than 11 years as an Associate Broker until his relocation to Lewiston in 2017. Professionally, his affiliations included the National Association of Realtors, New York State Association of Realtors, and Hudson Gateway Association plus earning several professional Realtor designations. For over 21 years and until his death, John was a Hudson Gateway Association of Realtors (formerly Westchester County Board of Realtors) newspaper columnist for the monthly real estate newspaper Real Estate In-Depth, which provided insightful and useful computer and technology advice to more than 13,000 readers of the newspaper each month. Upon his passing, John Jordan, editor of the newspaper said, "What made the newspaper a must-read to its members was the quality of its contributors, and John's passing will leave a void that will be hard to fill." Prior to graduating from Ohio Wesleyan University, John was a graduate of White Plains High School where he was an outstanding swimmer earning First Team Sectional swim team honors. In addition, he was an outstanding swimmer for various Westchester County swim teams accomplishing numerous awards, particularly in the backstroke. He was also an outstanding swim team coach instructing many elite local swimmers which gave him much satisfaction. John's non-business interest focused on his family, particularly his 13-year-old daughter, Sarah. He also took great pleasure from fishing in his spare time. Private services will be held at a later date to celebrate his life with family and friends in Lewiston where he will be laid to rest in the family plot at North Ridge Cemetery. Arrangements entrusted to HARDISON FUNERAL HOMES INC. Please visit www.hardisonfuneralhomes.com
To plant a beautiful memorial tree in memory of John Vrooman, please visit our Tree Store

A Memorial Tree was planted for John
We are deeply sorry for your loss ~ the staff at Hardison Funeral Home - Lewiston
Join in honoring their life - plant a memorial tree
Services for John Vrooman
There are no events scheduled. You can still show your support by planting a tree in memory of John Vrooman.
Plant a tree in memory of John
Print
Online Memory & Photo Sharing Event
Online Event
About this Event