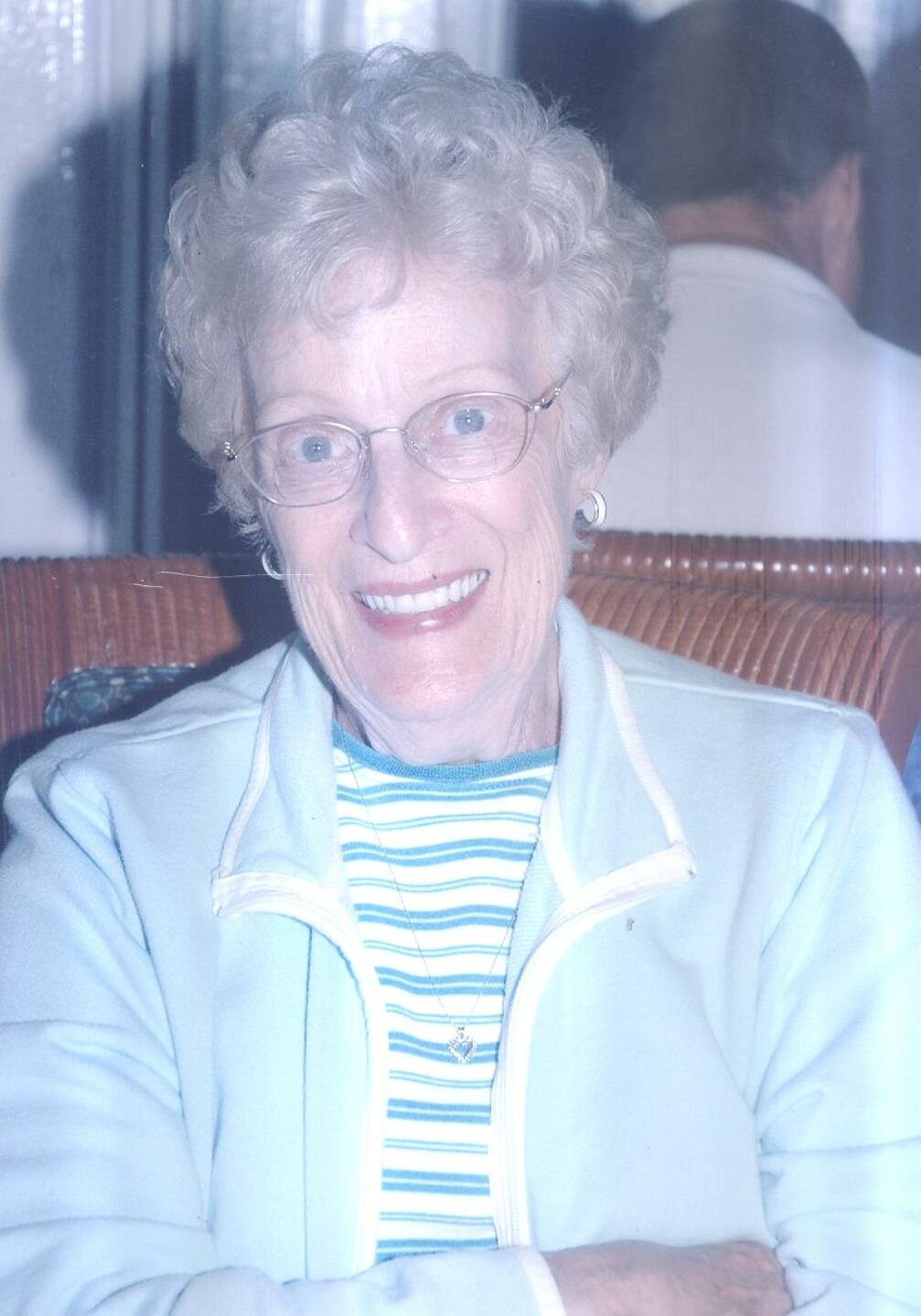 Obituary of Bernetta B. Kraatz

Please share a memory of Bernetta to include in a keepsake book for family and friends.
View Tribute Book
“Whenever you see a beautiful, colorful sunset in the western sky, think of me smiling down from Heaven.” Bernetta (Bernie) Broeker Kraatz, age 96, of Lewiston, passed away on June 14, 2022, in Hospice at Northgate Health Care Facility, North Tonawanda, after a brief illness. Born April 2, 1926, she was the daughter of the late Arthur and Lauretta (McCollum) Broeker. Bernie was a resident of Ransomville, NY before moving to Town of Niagara in 1971, and then Lewiston in 2018. As a youngster she attended a one room school and was raised on a farm in the Town of Porter. In 1942, after Pearl Harbor, her family was forced to leave their farm on orders from the U.S. government, so that they could use the property to make TNT for the Manhattan Project. Bernie graduated in 1943 from the “Red Brick” School in Youngstown, and was a secretary at DeVeaux Military Academy from 1943 to 1947. On June 12, 1947, she married Gerald (Jerry) Kraatz, who passed in 1999. In the early 60’s she worked at the family-owned Kraatz Red & White Grocery Store in Ransomville. Later on she worked as an Account Clerk at Wilson Central School for 15 years, she retired in 1981. Bernie was a member of the First Presbyterian Church of Youngstown and served as a deacon. She loved playing pinochle and euchre at the Lewiston Senior Center as well as traveling and volunteering at both Mt. St. Mary’s Hospital and Memorial Medical Center. She is survived by one son, Larry Kraatz of Vero Beach, Florida, a daughter, Susan (Marty) Martinez of Youngstown, and two daughters-in-law, Sandy and Lucy Kraatz. Also seven grandchildren, Dr. Jeffrey Martinez, Misty (Gerard) Hopkins, Alaina (Senyo) Agidi, Summer Kraatz, Bethany Kraatz, Matthew (Krystal) Brown, and Stacy (Jerry Jr.) Horton, Eight great-grandchildren, a sister, Erva (Ray) Graf of Arizona, and one niece and nephew. Bernie was predeceased by a sister, Dorothy Broeker, as well as two sons, William (Bill) and Timothy. A private graveside service will be held by her family officiated by Rev. Dr. Rex Stewart. Memorial contributions may be made to the First Presbyterian Church of Youngstown or to a charity of one’s choice.
To plant a beautiful memorial tree in memory of Bernetta Kraatz, please visit our Tree Store

A Memorial Tree was planted for Bernetta
We are deeply sorry for your loss ~ the staff at Hardison Funeral Home - Ransomville
Join in honoring their life - plant a memorial tree
Services for Bernetta Kraatz
There are no events scheduled. You can still show your support by planting a tree in memory of Bernetta Kraatz.
Plant a tree in memory of Bernetta
Print
Online Memory & Photo Sharing Event
Online Event
About this Event