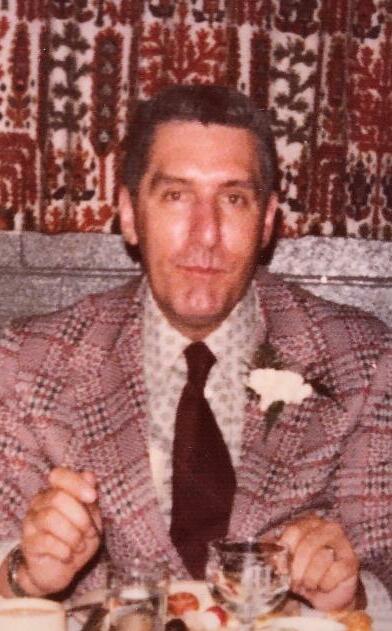 Please share a memory of Frederick to include in a keepsake book for family and friends.
View Tribute Book
Frederick G. Bussingham, age 94, of Sanborn went to be with Jesus and his loving wife on Thursday, June 9, 2022, at Mount St. Mary's Hospital in Lewiston. Frederick was born February 10, 1928, in Huntsville, Ontario. He was the son of the late Frederick and the late Alice (Hodge) Bussingham. Life was not easy for Fred as a child due to him contracting polio which left him with a lifelong disability. The family later moved to Toronto and that is where he met and later married Lorna Brown on October 31, 1953 Lorna predeceased him on May 19, 2016. Fred's career as a printer expanded over several decades starting at The Globe and Mail in Toronto. He relocated his family to Youngstown, where he worked at the Niagara Gazette, then the Democrat and Chronicle and finally retiring from the Buffalo Evening News .Fred was the man to go to for current events. Fred’s hobbies included playing pool in his younger days. He had a great love for dogs, big band music and well done hotdogs. Fred was known for his sense of humor. Fred will be greatly missed. Surviving are his children; Barbara Ann (Late Robert) DeFilippo, Nancy (William) Maines, Robert (Cindy) Bussingham and Susan (Sanford) Pembleton; his grandchildren, Alicia (Bryon) DeFilippo, Ashley DeFilippo, Ryann (Ken) Brown, Shayna (Wayne) Pembleton, Marie (Fred) Taczak, Robert and Eric Bussingham and great grandchildren, Hope, Haylie, Little Wayne, Sagiya, Tyler, Blake.and Ella. Fred is also survived by his siblings, Margaret (Late Erroll) Marriott, Gloria (Sam) Williams and Jack (late Bev) Bussingham. Also survived by nieces and cousins. Per request Fred will be cremated. Services will be privately held with his family. Memorial donations may be made to the Niagara Co. SPCA. Arrangements entrusted to the staff of HARDISON FUNERAL HOMES INC. Please visit www.hardisonfuneralhomes.com
To plant a beautiful memorial tree in memory of Frederick Bussingham, please visit our Tree Store

A Memorial Tree was planted for Frederick
We are deeply sorry for your loss ~ the staff at Hardison Funeral Home - Lewiston
Join in honoring their life - plant a memorial tree
Services for Frederick Bussingham
There are no events scheduled. You can still show your support by planting a tree in memory of Frederick Bussingham.
Plant a tree in memory of Frederick
Print
Online Memory & Photo Sharing Event
Online Event
About this Event