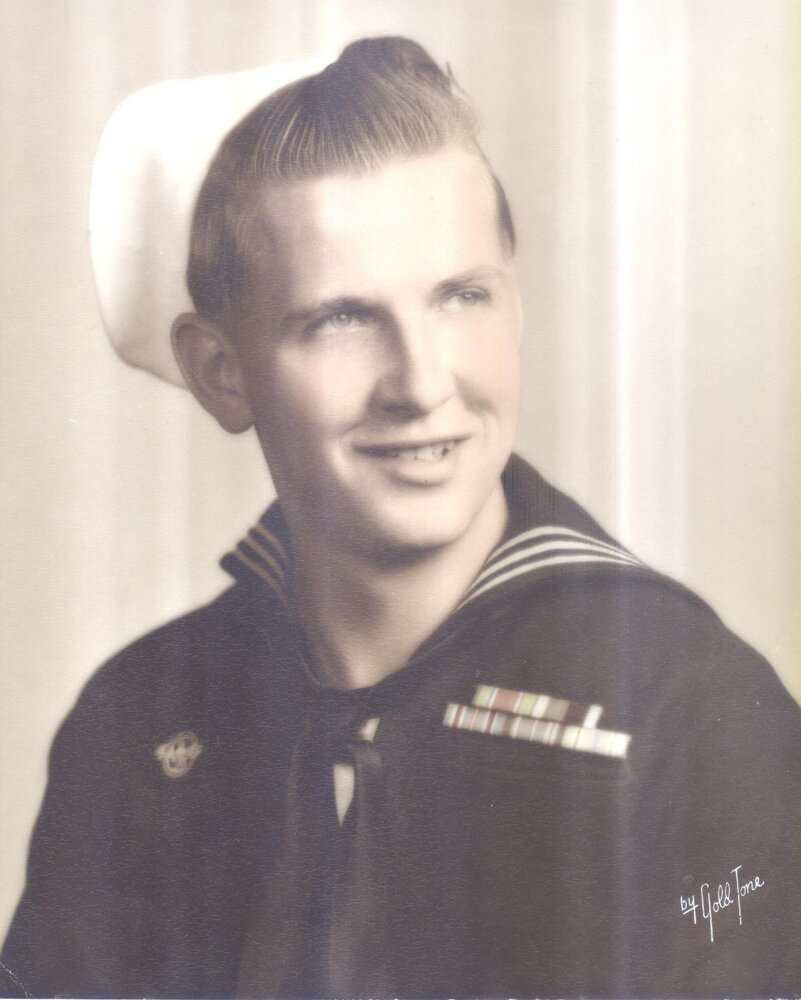 Please share a memory of Roderick to include in a keepsake book for family and friends.
View Tribute Book
Roderick Powell Irish, Niagara Falls native and longtime resident of Lewiston passed away on May 26, 2022; he was 95. Son of Nobel and Irene (Powell) and brother of Suzanne Thompson, Rod enlisted with the United States Navy Armed Guard when he was just three days shy of his 18th birthday. He fought in both the Atlantic and the Pacific during the Second World War. Rod was a past Commander of the VFW Down River Post 7487. After the war, Rod returned home to Niagara Falls, where he met and married M. Patricia Braas, his beloved wife of nearly 66 years. Following his retirement from Niagara Mohawk, Rod spent summers at the VFW and Moose as well as his garden, and spent winters in Punta Gorda, Florida. Rod is survived by his sister; children, Sharon (Michael) Madia, Michael (Anna) Irish, and Scott (Kim) Irish; and grandchildren, Ryan, Cali, Jason, Jake, Cameron, and Katie. He was predeceased by his parents and wife. Private services and burial will be held in Dickersonville Cemetery Memorials may be made to VFW Down River Post 7487 PO Box 1164 Lewiston, NY 14092.
To plant a beautiful memorial tree in memory of Roderick Irish, please visit our Tree Store

Look inside to read what others have shared
Family and friends are coming together online to create a special keepsake. Every memory left on the online obituary will be automatically included in this book.
View Tribute Book
Services for Roderick Irish
There are no events scheduled. You can still show your support by planting a tree in memory of Roderick Irish.
Plant a tree in memory of Roderick
Share A Memory
Plant a Tree