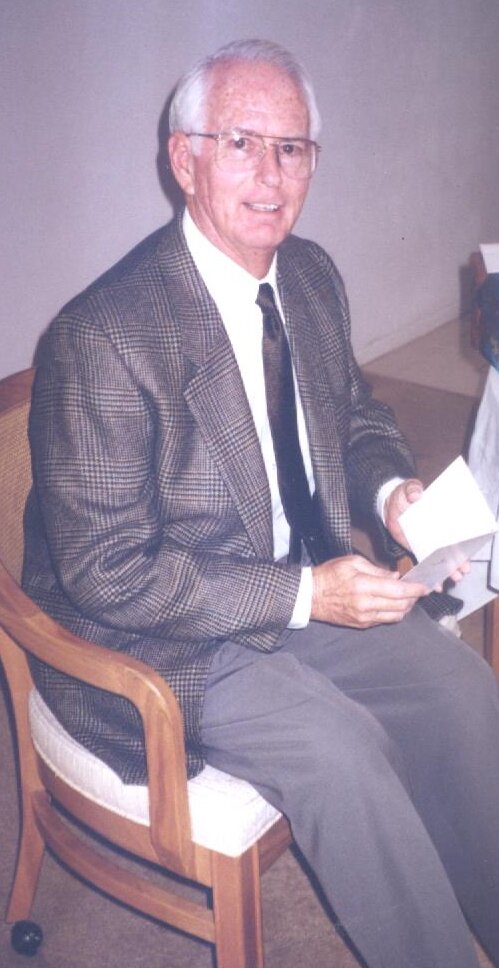 Please share a memory of Paul to include in a keepsake book for family and friends.
View Tribute Book
Paul J. Rhoney of Lewiston, NY, beloved husband, father, and grandfather, passed away on May 25, 2022, at Schoellkopf Health Center at the age of 93. He was born in Niagara Falls, NY on March 22, 1929, the son of the late D. Vincent and Gertrude (Braas) Rhoney. Paul’s life was full of diverse experiences. He brought honor to everything he did and offered warmth and dignity to anyone lucky enough to know him. In World War II he was a courier for the Civilian Defense Post at the former Cleveland Avenue School. During background drills he delivered messages to various wardens on his bicycle. His first job was on Old Falls Street at an ice cream store. In 1948 he entered the funeral service, assisting his father full-time in the new family business. Paul graduated from Niagara University in 1950 and concurrently from the McAllister Institute of Embalming in New York, New York. From 1951-1979 he served as Secretary-Treasury at Rhoney Funeral Home, Inc, where he and his brother James oversaw the evolution and growth of their family-run funeral home, including the expansion to Sanborn, NY through the purchase of Pike and Jones Funeral Home on Hoover Road. In the late 1950s, Paul oversaw the relocation of the Niagara University Cemetery to the Vincentian Cemetery at St. Joseph’s Preparatory College, Princeton, NY. The cemetery resided on the site of the present Power Vista and was moved during The Niagara Power Project. In the late 1970s, Paul was instrumental in enacting policy change in a dispute between cemetery lot owners and the Diocese of Buffalo to protect the historical records and grave markings of the deceased. An early advocate for grief counseling and the need for hospices, Paul served on the first Ad Hoc Committee for a Hospice in Niagara County. Paul also served on the Eastern Area Advisory Council of the American Red Cross, as Chairman of the Niagara Falls Chapter and as President of the Niagara Falls Lions Club. He loved all kinds of music, especially organ, opera, and Drum Corps. As a young man, he sang with the choir of the former Sacred Heart Church, and later with the Niagara University Glee Club. Many family vacations were taken to Drum Corps competitions. He also had a love for the circus. Paul especially enjoyed watching the magic of the show come to life—from the unloading of the trains to the pitching of the big top. As a young boy he carried water pails to circus lots and chairs inside the tent in exchange for a free seat of his own. For over 30 years, Paul and his wife Patricia enjoyed the life of snowbirds, spending over half the year in Fort Myers, Florida. Many family memories were made exploring Sanibel Island. His wondrous spirit brought him all over the world. He never tired from the joys of flight and found excitement in the many airports he passed through. No one loved the sight of an airplane taking off quite like Paul, a quiet reminder of his unwavering optimism. He is survived by his wife of 70 years, Patricia and five children: Ann, Mark (Nancy), Claire Gertz (Glen), Paula Jordan and Colette Rhoney (John Sammis). In addition, Paul leaves behind four grandchildren, Lily Hoffman, Danielle Fisher (John), David Hoffman and Sean Rhoney and his great-granddaughter, Cecilia; one brother Michael D. (Cynthia) Rhoney; two sisters Sr. Colette Rhoney, OSF and Mary Alice (William) Wonsiewski; also, many nieces and nephews. Paul was predeceased by his brothers James and Vincent and his son-in-law, Michael Jordan. The family will be present at Hardison Funeral Homes Inc. 401 Ridge St. Lewiston, NY on Friday, June 3 from 6:00 - 8:00pm. A mass of Christian burial will be held at St. Peter’s RC Church, 600 Center St. Lewiston, NY on Saturday, June 4 at 10:00am followed by a burial at Gate of Heaven Cemetery. In lieu of flowers, the family asks that donations be made to Niagara Hospice, www.niagarahospice.org.
To send flowers to the family or plant a tree in memory of Paul Rhoney, please visit Tribute Store
Friday
3
June