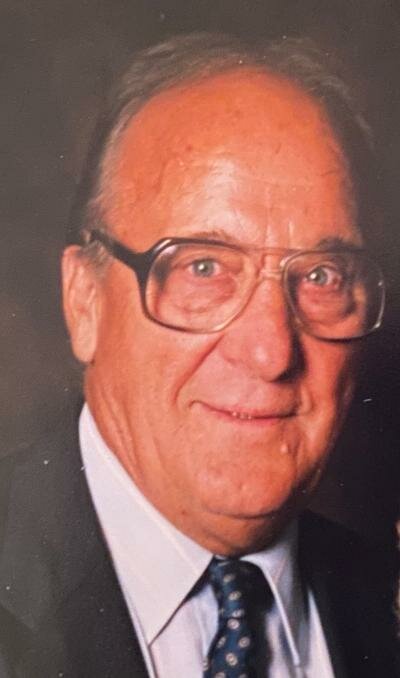 Please share a memory of Charles to include in a keepsake book for family and friends.
View Tribute Book
Charles “Chuck” James Stojak, 87 of Lewiston, died Wednesday, April 13, 2022 at home with his family by his side. The son of the late Helen Patula, Chuck (or Jim as he’s known by family) was born October 31, 1934 and grew up in Chicago, Illinois. After turning down an opportunity to play professional baseball, he enlisted in the U.S. Air Force in 1953 where he served for 20 years. A highly decorated serviceman, TSgt Stojak was a veteran of both the Korean and Vietnam wars, and was awarded the Bronze Star for meritorious service while planning and coordinating search and rescue operations for downed airmen in Vietnam. Upon his retirement from the Air Force, Chuck and family moved to Lewiston where he has resided since 1974. He was a graduate of NCCC with a degree in accounting and then attended the University of Buffalo’s School of Management. Chuck was employed by the Carborundum Company for a number of years in various accounting positions and as Controller of several local companies. He was also a former Budget Officer for the Town of Lewiston and ran a small tax preparation and bookkeeping service during his “retirement” years. Chuck was a real people person and loved spending time with family and friends, watching John Wayne movies and cheering on his beloved Chicago Cubs. He was also very active with several civic organizations including the Lewiston Moose Lodge and the Lewiston Kiwanis Club (since 1985), where he served as past President and also past Chairman of the annual Peach Festival. Chuck also served as Lt. Governor of the NYS Kiwanis Niagara Frontier North Division and was involved for over 30 years with the Trooper Toys for Tots program and distribution of food baskets during the Thanksgiving and Christmas seasons. He was also very active with his church, Fillmore Chapel United Methodist Church in Ransomville, where he served on the Administrative Board and Pastor/Parish Relations Committee. Chuck was predeceased by his beloved wife of 62 years, Patricia (McClellan) Stojak, who passed away in 2018. He is survived by four children, Joe (Jeanette) Heasley of Niagara Falls, Tim (Roberta) Heasley of Orchard Park, Cheryl Baia of Wilson, and Jim (Robin) Stojak of Palm Harbor, FL; along with 13 grandchildren, 8 great-grandchildren and several nieces and nephews. He is also survived by his brother, Ted (Carol) Novak, sisters Dorothy (late Walter) Ivan, Barbara Rettig, and Sharon (Larry) Diehm, and sister-in-law Donna (late Robert) McClellan. Chuck was predeceased by his sister Marilyn (Jim) Flockensier, his brother Edward Novakowski, and great-grandson Lucas Standish. Friends may call at the Hardison Funeral Home, 3648 Ransomville Rd., Ransomville on Monday, April 25th from 4-8pm. Funeral service will be held Tuesday, April 26th at 11am at Fillmore Chapel United Methodist Church, 2523 Youngstown Rd, Ransomville with burial to follow in North Ridge Cemetery. Memorial donations may be made to Niagara Hospice or Wings Flights of Hope.
To send flowers to the family or plant a tree in memory of Charles Stojak, please visit Tribute Store
Print
Monday
25
April