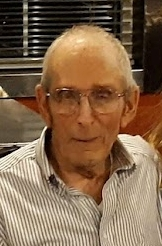 Please share a memory of Robert to include in a keepsake book for family and friends.
View Tribute Book
Robert D. Woolson, age 86, of Lewiston and formerly of Ransomville died Wednesday, March 30, 2022 at Mount St. Mary's Hospital in Lewiston. Robert was born December 28, 1935 in Wilson, the son of the late Donald and Gladys (Schultz) Woolson. He attended the one room schoolhouse on Route 93 in Wilson and graduated from Wilson High School in 1953. Robert served in Hawaii in the U.S. Army from 1958 to 1960. After his honorable discharge he married Patricia Ann Humphrey on June 4, 1960. She predeceased him in 2013. He went to work for GM Harrison Radiator in Lockport and got a degree in Air Conditioning Maintenance and worked there until his retirement in 1991. Robert was an original member of the Ransomville Slo Pokes, a member of the Ransomville Volunteer Fire Co. since 1963 and was a member of the Fire Police and Exempts for over 50 years. He served as a past Secretary, Treasurer and Fire Police Captain. He was a member of the Niagara County Sportsman Club, the Niagara County Fire Police Assoc. and was a life member of St. Peter Evangelical Lutheran Church at North Ridge. He enjoyed WNY John Deere 2 Cylinder Club and showing antique tractors. He is survived by his dearest friend, Joan Turrell; his children, Douglas (Barbara) Woolson, Jeffrey (Linda) Woolson, and Kathleen (Randy) Librock; a sister in law, Carol Woolson; his grandchildren, Jason (Sarah), Dustin (Michele), Stephanie and Tyler Woolson, Robert (Julie)and Kelsey Librock;, Kyle and Sarah Woolson; two step grandchildren and eight great grandchildren. He was predeceased by a sister, Edna Rider; and three brothers, Glenn (late Shirley) Carl and James Woolson. A graveside service with Military Honors will be held Monday, May 2, 2022 at 11:00 am in Dickersonville Cemetery, Ridge Rd., Lewiston, with the Rev. Matthew Worley officiating. In lieu of flowers, memorials may be made to Ransomville Vol. Fire Co. Ambulance Fund, PO Box 239, Ransomville, NY 14131. Arrangements have been entrusted to HARDISON FUNERAL HOME, 3648 Ransomville Rd. Ransomville, NY. Please visit www.hardisonfuneralhomes.com for online condolences.
To send flowers to the family or plant a tree in memory of Robert Woolson, please visit Tribute Store
Monday
2
May