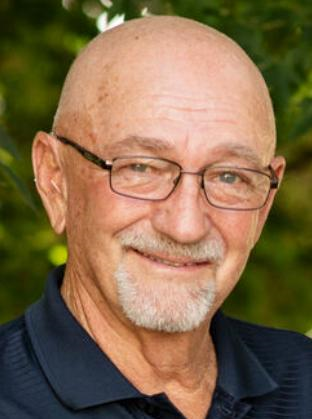 Please share a memory of Bruce to include in a keepsake book for family and friends.
View Tribute Book
Bruce Sutherland, Community Leader, Leaves Legacy of Service Bruce R. Sutherland, one of Lewiston's most esteemed and respected leaders, passed away unexpectedly on Monday, December 27, 2021, of complications from a recent surgery. He was 75. He was born on November 8, 1946, the son of Ronald R. Sutherland and Alice Coulter Sutherland. A Lewiston native, Bruce attended Lewiston-Porter Schools and excelled at sports and enjoyed playing wide receiver for the football team and pitching for the baseball team. He also lettered in basketball. He married his high school sweetheart, Jacqueline (Jackie) Foss, on August 24, 1968 at Messiah Lutheran Church in Lewiston. He attended and graduated from both NCCC and SUNY Geneseo, with a degree in biology. He also obtained a master's degree in management from the University of Southern California. After college, he joined the Air Force and enrolled in Officer Training School and became a pilot. During his 26 year Air Force career, Bruce and his family were assigned to far flung locations across the United States and world, including the Philippines and Panama. He flew aircraft including the T-37, C-130, the B-1 bomber and the B-52 Stratofortress. His military service culminated in his promotion to Colonel and his appointment as Wing Commander at Dyess, a major Air Force base in Abilene, Texas, which is part of the Global Strike Command. After retiring from the Air Force, Bruce became a captain for a major airline. He and Jackie returned to Lewiston in 2002. Bruce became active with several civic organizations including the Lewiston VFW Downriver Post 7487. He was the highest ranking veteran in Lewiston history and was a member of the committee that constructed the new Circle of Honor veterans memorial. Bruce was currently serving as president of the Lewiston Library Board of Trustees. He was a former president of the Lewiston Historical Association and served on the Fort Niagara Board of Directors. He was appointed and later elected in 2011 as a Lewiston Village Trustee where he served for several years. He was a supporter of Wounded Warriors and the Lewiston #1 Fire Company and was active at the Messiah Lutheran Church in Lewiston. He was a passionate golfer and participated in many tournaments. He achieved the rare distinction of shooting his age, along with completing several holes-in-one. He played at the Niagara Frontier Golf Club regularly and had served on their Board of Directors. He is survived by his wife, Jackie, and three children, Morgan (Noah Brown) of Hampton Bays, Long Island; Ty (Mariah) of Placitas, NM; and Blake from Amarillo, TX; along with four grandchildren, Isaac, Lucas and Eden Brown, and Ione Sutherland. He is also survived by his brother Dennis (Sharon) Sutherland of Lewiston, his sister Wendy Treharne of Niagara Falls, his brother-in-law, Chuck R. Foss, his aunt Mildred Coulter, along with several nieces, nephews and cousins. He was predeceased by his parents and brother-in-law, Jeffrey Foss. There is no prior visitation. At Bruce's request his remains were cremated. In lieu of flowers, the family requests donations may be directed toward any of the organizations Bruce volunteered for or supported. The public is invited to attend a memorial service at Messiah Lutheran Church, 915 Oneida Street, Lewiston, at 11am on Tuesday, January 4, 2022, with Rev. Thomas Mason officiating. The news of Bruce's passing hit the community hard. Lee Simonson, one of his volunteer colleagues and good friend throughout the years, said, "One of Lewiston's pillars just collapsed and will never be replaced. Not only was this a shock to his family and community, but the impact of losing Bruce will be felt for years to come. His volunteerism and contributions to Lewiston were legendary. His devotion to his career in protecting our freedoms and way of life were praised and commended by our nation. But beyond that, and on a more personal level, his legions of friends will miss his humor, optimism, inspiration and the fascinating conversations about his wide ranging adventures and experiences. He touched our lives and made us all better. And for that, our appreciation and gratitude for having Bruce in our lives will be forever remembered." Please visit www.hardisonfuneralhomes.com for online condolences.
To send flowers to the family or plant a tree in memory of Bruce Sutherland, please visit Tribute Store
Tuesday
4
January

Share Your Memory of
Bruce
Upload Your Memory View All Memories
Be the first to upload a memory!
Share A Memory
Send Flowers
Plant a Tree