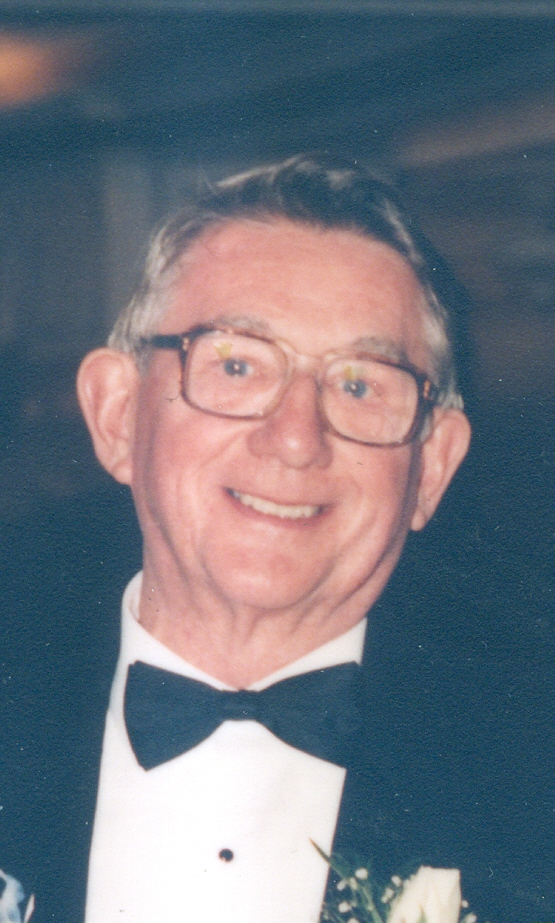 Please share a memory of Charles to include in a keepsake book for family and friends.
View Tribute Book
Charles F. (Hollie) Lehmann, 97, went to be with the Lord on November 19, 2021 while surrounded by his loving family. Charles was born on September 23, 1924, to the late Charles and Mary Lehmann; husband to the late Joan E. Lehmann. After serving in the Army, he returned from WWII, where he continued to live in Lewiston, NY. He married the love of his life, Joan, raised their five children, and celebrated 57 years together. He owned and operated Lehmann Plumbing and Heating. He was devoted to maintaining a professional business within the community he loved, later passing the business onto his son, Pat. Charles enjoyed socializing at local diners with other Lewiston residents and friends, dancing and listening to music, and spending time with his family. He belonged to St. Peter’s R.C. Church where he devotedly attended mass. He is survived by his five children, Carroll (Howard) Krieger, Patrick C. Lehmann, Cynthia (Scott) Cindrick, Kelly (Mark) Dragone, and Constance (Peter) Depowski; eight grandchildren: Krista (Philip) Cairns, Paul Beatty III, Lindsay Beatty, Dominic and Anthony Dragone, Mathew Carden, Abigail and Gabrielle Depowski; great-grandfather of Trevor and Trent Cairns; several nieces and nephews, and brother of the late Marjorie (Robert) McMillen. A Mass of Christian Death and Burial will be celebrated privately at St. Peter’s RC Church in Lewiston. There will be no calling hours. Memorials may be made Niagara Hospice, 4675 Sunset Dr. Lockport, NY 14094 or to the American Diabetes Association, 315 Alberta Dr. Amherst, NY 14226.
To send flowers to the family or plant a tree in memory of Charles Lehmann, please visit Tribute Store
Tuesday
23
November

Share Your Memory of
Charles
Upload Your Memory View All Memories
Be the first to upload a memory!
Share A Memory
Send Flowers
Plant a Tree