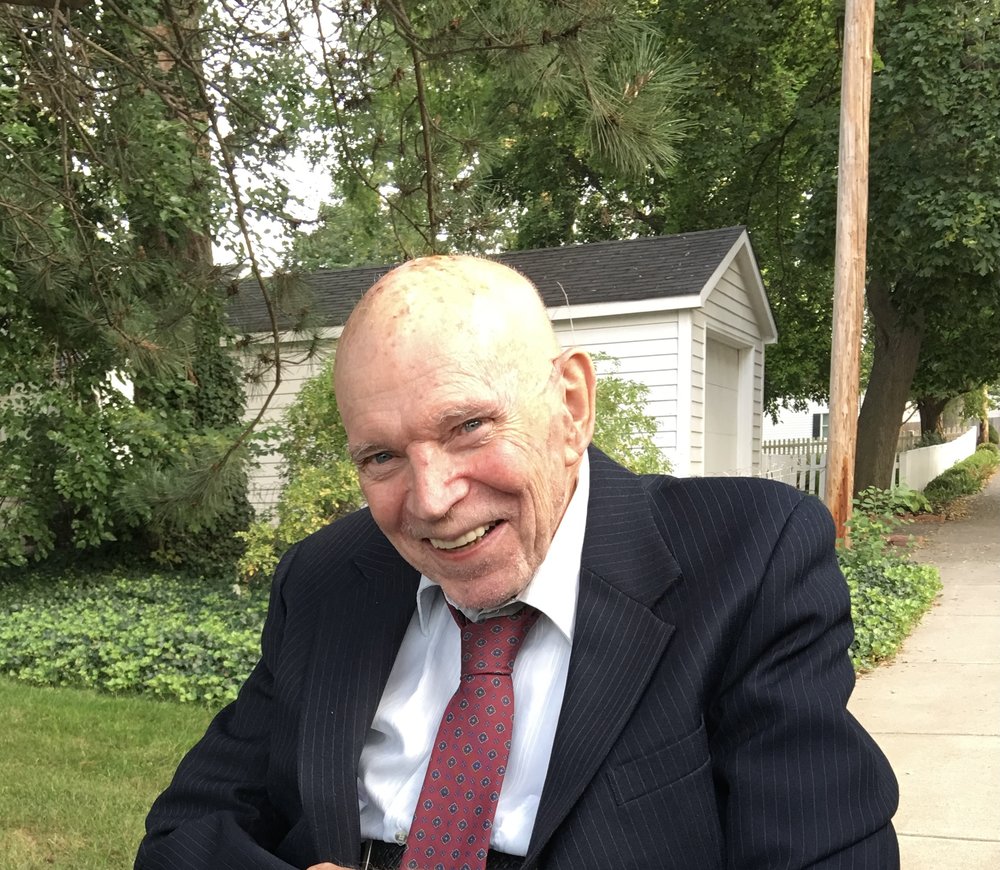 Please share a memory of James to include in a keepsake book for family and friends.
View Tribute Book
James (Jim) E. Pyne, age 89, of Lewiston, husband of the late Mary Lou “Mimi” (Kendall) Pyne entered into rest on Monday, July 19, 2021, at home in Lewiston. Mr. Pyne was born on November 30, 1931, in Lackawanna, NY. He is the son of the late Richard J. and the late Katyhryn M. (Reedy) Pyne. He graduated from Loyola High School in Montreal Canada; then attended St. Bonaventure University for 2 years, transferring to Canisius College for 2 yrs. receiving a B.S. in 1954, then a Masters in education in 1958. From 1955 to 1960 James taught at East Pembroke Schools then in 1960 became employed by the Williamsville School district teaching at the Mill Middle School and the Casey Middle School until his retirement in 1992. James married Mary Lou Kendall on August 14, 1971. He was a Member of the Lutheran Church of The Messiah in Lewiston; a former Chairman of the Village of Lewiston Planning Commission from the mid 1980's to 1992. He was appointed Village Trustee in 1992 for 1 term. James volunteered with the American Red Cross at Mt. St. Mary’s Hospital in Lewiston and at its' ER and was also a member of Loyal Order of Moose Lodge 584 in Lewiston. Surviving are his stepdaughters, Mary Jo (Steven) Riddle of Saltsburg, PA and Ann Marie Collins (Steven Parrish) of Ripon, England; his step grandchildren, Stephanie (Michael) Klingensmith and Matthew (Brigette) Riddle and many nieces and nephews. He is predeased by a brother R. Eugene Pyne, sister-in-law Jane Pyne, nephew Stephen Pyne and niece Melinda Klejna of Williamsville, NY. A graveside service will be held at 5:00 PM on Friday 8/12 at Dickersonville Cemetery Rt 104 Town of Lewiston. In lieu of flowers, memorials may be made to Recovery International Headquarters, 802 N. Dearborn St., Chicago, IL 60610-3317, or H.A.R.T interfaith or Lewiston # 1 Fire Co. Ambulance Fund. Arrangements entrusted to HARDISON FUNERAL HOMES INC. Please visit www.hardisonfuneralhomes.com.
To send flowers to the family or plant a tree in memory of James Pyne, please visit Tribute Store
Print
Friday
12
August