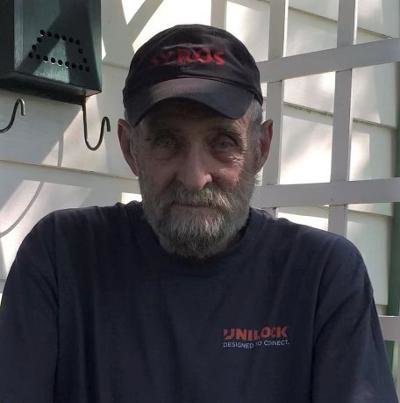 Please share a memory of James to include in a keepsake book for family and friends.
View Tribute Book
James Martens McConnell passed away on July 17, 2021 at Newfane Rehabilitation and Health Center five days before his 80th birthday. Born in Niagara Falls, NY on July 22, 1941, the son of James Chester McConnell and Annamarie Martens McConnell. James enjoyed most of his life in Lewiston, including attending Lewiston-Porter. Additionally James attended Trott Vocational School before serving in the United States Army from 1964 until his honorable discharge in 1966. Most of this time he was stationed in Germany. Upon leaving the army, Jim found employment as a forklift operator at Harrison Radiator, where he worked from 1966 until his retirement in 1993. Jim, or “Heavy” as he was called by his friends, was known for riding around Lewiston with music blaring from his motorcycle speakers. In later years, he traded the motorcycle for a car but continued to spend his days riding around dropping in on friends and businesses around Lewiston to chat. Those he met will remember a tall, loud-spoken gentleman discussing NASCAR, presidential history and how overcrowded Lewiston was becoming. Perhaps they will have experienced a spontaneous quiz about any or all of these topics or being informed of the birthdays (and half-birthdays) of half the town. He will be missed by his sisters Kathleen Rabe and Margaret Thoresen; two nieces, Sara Thoresen Barchard (Mike) and April Rabe; one great niece and two great nephews. He was preceded in death by his parents and his son, James Martens McConnell Jr. No memorial service is planned at this time. Inurnment will be at Riverdale Cemetery. To honor his memory his family asks you take a drive around Lewiston, and stop and have a chat with a friend or two. Arrangements entrusted to Hardison Funeral Homes Inc. Lewiston. Please visit www.hardisonfuneralhomes.com
To plant a beautiful memorial tree in memory of James McConnell, please visit our Tree Store

Look inside to read what others have shared
Family and friends are coming together online to create a special keepsake. Every memory left on the online obituary will be automatically included in this book.
View Tribute Book
Services for James McConnell
There are no events scheduled. You can still show your support by planting a tree in memory of James McConnell.
Plant a tree in memory of James
Share A Memory
Plant a Tree