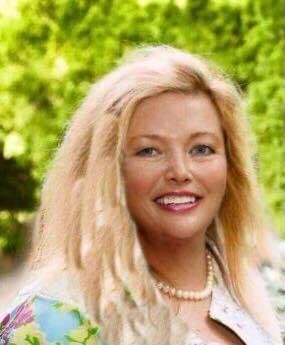 Please share a memory of Cynthia to include in a keepsake book for family and friends.
View Tribute Book
Cynthia Lee Baird Dawdy of Youngstown, New York and Grosse Pointe Farms, Michigan died unexpectedly at her home on June 14, 2021 at the age of 58. Cynthia was born in Niagara Falls, New York on April 6, 1963 to Rosemary Dawdy (née Noonan) and Keith Hamilton Dawdy and grew up in Youngstown from age 8. Cynthia embraced life in Youngstown and was an active member of the Youngstown Yacht Club. She was a lifelong and passionate sailor, and gave back by founding the adult sailing program at YYC and forming the first all-women’s race committee on Lake Ontario. Educated at Nichols School in Buffalo, she received her B.A. in English literature from Middlebury College in 1985, pursued doctoral studies in clinical psychology at The Wright Institute in Berkeley, California, and further graduate studies in psychology and religion at Union Theological Seminary in New York City. Cynthia was a child prodigy as a harpist, studying under Suzanne Thomas, principal harpist of the Buffalo Philharmonic Orchestra, and made her debut with the BPO at the age of 11. She further studied at the Eastman School of Music under Eileen Malone. Cynthia went on to be Principal Harpist of the Vermont Symphony Orchestra and the San Francisco Civic Light Opera, and performed with the San Francisco Symphony while studying under Anne Adams, Principal Harpist. To this day, it is possible to watch the 1984 national PBS broadcast of “A Christmas in Vermont,” which featured Cynthia playing with the Middlebury College choir in a performance of Benjamin Britten’s “A Ceremony of Carols.” Cynthia lived in the Bay Area for eleven years following college, both in San Francisco and in Fairfax in Marin County. After working in retail and as a harpist, she dedicated herself to training to become a clinical psychologist, where she was described by her classmates as the most talented therapist of her cohort at the Wright Institute. She was awarded an honorary membership to The Commonwealth Club of San Francisco for her work in preventing suicides on the Golden Gate Bridge and offering therapy to children in Oakland gangs. Cynthia loved the music and art scene in San Francisco, regularly socializing with many of the Beat poets, and enjoyed riding horses and mountain biking on Mount Tamalpais. Her favorite activity was taking her beloved dog, Duna, and friends to Kehoe Beach, a secluded beach along Point Reyes. In 1996, following her father’s death, Cynthia returned to Youngstown, New York to oversee the close and sale of her father’s business N.B. Newcomb Co., a high-vacuum technology service. For four years, she enjoyed a social and sailing life in her hometown while working as Associate Director of the Research Institute on Addictions at the University of Buffalo, helping to oversee one of the most important generational studies on addictions nationwide. In 2000, Cynthia moved to New York City to pursue graduate studies at Union Theological Seminary, where she met her husband, the Rev. Dr. Stephen Butler Murray, a minister, theology professor, and higher education executive. The birth of their son, Hunter, reoriented Cynthia’s life, in which she dedicated herself wholly to his flourishing, providing the most imaginative, creative, musical, and joyful upbringing one could imagine. Cynthia, Stephen, and Hunter went on to live in Galway, NY, Salem, MA, and Grosse Pointe Farms, MI, where Cynthia actively partnered with Stephen in his academic and ministerial positions. While Stephen served as the President of Ecumenical Theological Seminary in Detroit, Cynthia was described fondly as the unofficial Vice President of Development, often welcoming donors, planning events and concerts, and hosting world renowned speakers to their historic home. Cynthia volunteered as the Development Chair on the Board of The Family Center of Grosse Pointe and Harper Woods and regularly enjoyed the music and theater scene in Detroit. In November 2020, Cynthia, Stephen, and Hunter moved back to Youngstown, seeking a close knit and cherished community of family and friends during the COVID pandemic, and she spent the remainder of her life with people whom she had loved for generations. Cynthia is survived by her mother, Rosemary Dawdy of Youngstown, NY, her husband Stephen Butler Murray and their son Hunter Hamilton Murray of Grosse Pointe Farms, MI, her aunt and uncle Karen and Howard Noonan of Youngstown, New York, and many cousins throughout the United States and Europe. A celebration of Cynthia’s life will take place on Sunday, June 27, 2021 at 2:00PM at the First Presbyterian Church of Lewiston, New York (505 Cayuga Street, Lewiston, NY 14092), with a reception following at the Youngstown Yacht Club (491 Water Street, Youngstown, NY 14174). In lieu of flowers, donations may be made to the Cynthia L. Dawdy Scholarship with the Youngstown Sailing Foundation in support of the adult sailing program that she founded, or the Buffalo Philharmonic Orchestra. Arrangements entrusted to HARDISON FUNERAL HOMES INC. Please visit www.hardisonfuneralhomes.com.
To send flowers to the family or plant a tree in memory of Cynthia Dawdy, please visit Tribute Store
Print
Sunday
27
June