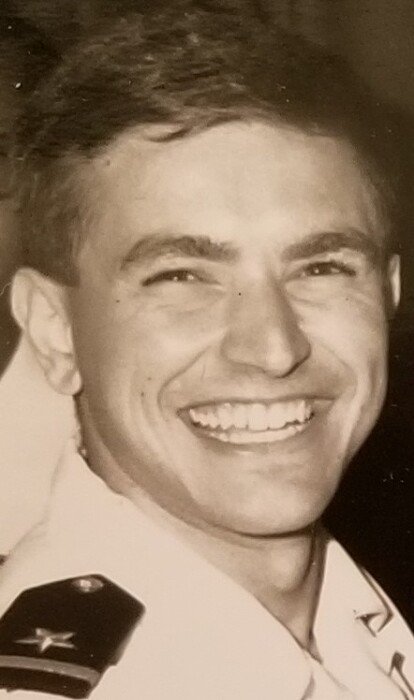 Please share a memory of Mark to include in a keepsake book for family and friends.
View Tribute Book
Mark Craig DeRusha, 56, of Lewiston, New York, passed away on March 20, 2021, in Plantation, Florida with his loving wife Darlene and amazing son Andrew by his side. After fighting a long battle with diabetes and rheumatoid arthritis, Mark finally succumbed to the disease that cheated his body from keeping up with his brilliant mind. He was born on December 21, 1964 in Niagara Falls, New York, to William and Marie DeRusha. He grew up with his three siblings, older brother, Tim, younger sister, Kimberly, and youngest brother, Todd. As a young man, Mark loved spending his time playing soccer, cycling, and riding his motorcycle as well as having a passion for photography. After graduating high school, he attended Rochester University where he studied before deciding to join the Navy; however, due to a medical mishap that contributed to his early onset of arthritis and diabetes, he was left no choice but to take an early retirement from the Navy. Armed with several degrees in Engineering, Mark pursued a career in his field of study, which led to his many years of working at Motorola. Mark is survived by his loving wife Darlene, whom he met in the aftermath of Hurricane Andrew in 1992. After a long courtship, Mark and Darlene married in 1999 and started a family. In 2001, their family was made whole with the arrival of their beloved son Andrew (named after the unique circumstances that paved the way for these soulmate’s paths to cross and fall in love.) Mark was a caring, genuine, kind, and loving husband and father who always put his family first. While he will always be remembered and loved by those who knew him for his gentle spirit and tenacity to endure life’s daily challenges, Mark was not short on humor and was always quick to tell a joke. Mark always brought laughter to any setting and had the profound talent of knowing exactly when to throw in a “one-liner”. In addition to his wife Darlene and son Andrew, Mark is survived by his mother Marie DeRusha and his brothers, Tim and Todd DeRusha, his sister Kimberly Duke, and each of their families. He was preceded in death by his father William DeRusha. Family and friends are invited to a memorial service at 11:00 AM on Saturday July 10, 2021 at the HARDISON FUNERAL HOMES INC. 401 Ridge St. Lewiston ( N. Fourth and Ridge Streets).
To send flowers to the family or plant a tree in memory of Mark DeRusha, please visit Tribute Store
Saturday
10
July