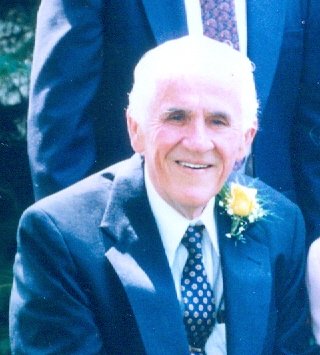 John Joseph “Jack” Bentley Jr. of Lewiston husband of the late Elaine E. (Volante) Bentley entered into rest on October 10, 2019. Born in Pittston, PA on March 19, 1926 to the late John J. and Mary (Flaherty) Bentley. Jack was raised most of his life in Niagara Falls, he met Elaine Elizabeth Volante on July 4, 1946 and married on June 2, 1948, they were lovingly together for 66 years until her death in March 2015. Jack and Elaine made their home in Lewiston, NY.

Jack signed up to serve his country at the age of 17 with approval from his parents, he entered to U.S Navy and reached the rand of Signalman Second Class. He was active in the Asiatic-Pacific Theater and took part in Palau Island occupation, Leyte Gulf Landings, Manila Bay- Bicol operations and assault and occupation of Okinawa on the LSD USS Lindenwald.

After being married for a only a few shorts years in 1951 her was called once more to serve in the Korean War Conflict, as a member of th crew of Light Carrier CV-40 USS Tarawa he spent two years in the mediterranean, making many ports of call in Italy, Spain, Turkey and Algeria. He has the opportunity while on leave in Italy to be part of contingent to have an audience with Pope Pius X, a memorable experience for a young catholic boy from Niagara Falls, NY.

Upon discharge in 1953 he returned to Bell Aircraft where he worked for 38 years in the rocket and space program. Jack was involved with the development of the AGENA rocket engine. Many of those years were working at the Bell Test Ceter on Balmer Rd. in Youngstown, NY. Jack was transferred to the Wheatfield plant at the Niagara Falls Airport where he retired.

Jack belonged to the Quarter Century Club at Bell, the American Legion LaSalle Post 1142, he was a life member of the VFW 7487 in Lewiston and was also a  Lewiston Fire Co. #1 Excempt. He enjoyed boating in her later years on the lower Niagara River with his fmaily and was always found busy in his yard and in his home.

Jack is survived by his twin sons; Timothy Michael and Thomas John Bentley both of Ransomville and is predeceased by his wife, parents; a brother Thomas J. and his sisters Mary (late Frank) Fulson and Jeanne (late William) Goodwin.