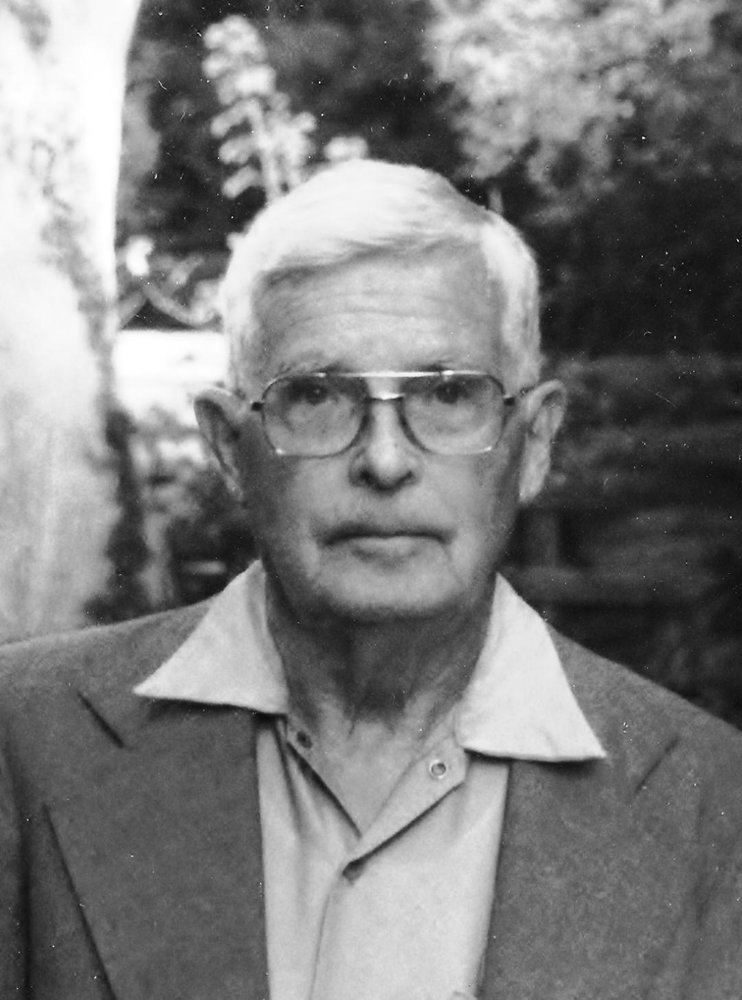 Peter Robert Sherman of Lewiston, NY passed away peacefully at home on 08/04/2019. Peter Sherman was born, November 23, Sault Ste. Marie, , the youngest of three sons of Henry and Kristine Sherman.  Peter graduated with Class of ’44 in Engineering from the of in .  From April of 1944 until June of 1946 Peter served in Army of the United States during the end of World War II in the Intelligence and Reconnaissance Section of the Seventh Army’s Infantry Regiment of the 42nd Rainbow Division.  Peter’s regiment reinforced the Third Army at the of the Bulge crossing from the north of into to the end of the war in Europe and formed the occupying army in until the war’s conclusion.

In 1947 Peter moved to to work with the Union Carbide Corporation as a design engineer in the Mining and Metals Division designing air filtering facilities for metal smelting operations at locations in , , , and .

While a junior engineer at Union Carbide, Peter met Esther Olson of . The two were married in on July 8th, 1949 and raised their family in . Peter retired from Union Carbide in December of 1981.  From 1970 until 2009 Peter and Esther enjoyed hosting family and friends at their lake front cottage at Killarney, Ontario and traveling extensively. Peter and Esther were active members of Bethany Lutheran Church and later Zion Lutheran Church of Niagara Falls, The Niagara Council of Girl Scouts and The Niagara Council of Boy Scouts.

Peter Sherman will be remembered as a remarkable man of intelligence and humor who lead a long, generous and useful life

A Memorial Service in the near future will be noticed to friends and family.  In lieu of flowers, memorial contributions may be made to the Nature Conservancy 4245 Fairfax Dr Suite 100 Arlington VA 22203, St. Jude's Hospital, or to a charity of one's choice. Arrangements entrusted to HARDISON FUNERAL HOMES INC. Lewiston, NY

To send flowers to the family or plant a tree in memory of Peter Sherman, please visit Tribute Store
Print
Saturday
31
August