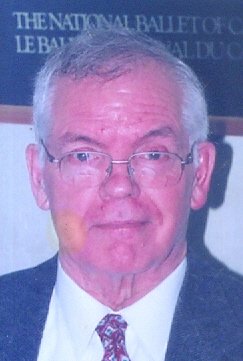 Robert Eugene Parker, Sr. DDS, age 87, of Lewiston husband of the late Joan Fuerst Parker entered into rest on Sunday, July 21, 2019 at home in Lewiston. Robert was born on September 9, 1931 in Niagara Falls, NY, he is the son of the late Maynard and the late Mary Headley Parker. He married Joan Fuerst on December 8, 1957. Robert graduated from LaSalle High School, Ohio State University, then U.B Dental School. He served in the United States Army both on active duty and reserves in the Dental Corps., he was discharged in 1964 at the rank of Captain. Robert operated his dental practice in Niagara Falls for 40 years retiring in 1998. He was a member of the Lasalle Yacht Club, the Niagara Club and the 8th District Dental Society. He enjoyed woodworking, his model A and fishing.

Family and friends may call on WEDNESDAY, July 24th from 4-8 PM at the HARDISON FUNERAL HOMES INC., N. Fourth & Ridge Streets, Lewiston, NY, a tribute service will be held at 7:30 PM. A graveside service with military honors will be held on THURSDAY, July 25th at 1:00 PM in White Chapel Memorial Park, 3210 Niagara Falls Blvd., Amherst, NY.