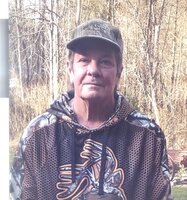 Robert R. “Bob” Jones, age 70, of Ransomville died suddenly following an accident on Thursday, May 26, 2022, at Mount St. Mary's Hospital in Lewiston. Bob was on born January 8, 1952, in Providence, RI. He is the son of Isabel “Bette” and the late Kenneth Jones. He graduated from Stratford H.S in Stratford, CT. He married Nancy Platz in 1985 at Old Fort Niagara. Bob served in the U.S Coast Guard from 1972 to 1992 and retired at the rank of Boatsman Mate Chief. During his 20 years of service bob received numerous commendations and ribbons including the distinguished service medal. He was instrumental in forming the LEDET (Law Enforcement Detachment). Bob was an avid hunter, fisherman, he loved the outdoors. He was a previous Bassmaster Tournament Champion, a taxidermist and self-taught chef. After retirement he worked for the Niagara Frontier Golf Club and the Wilson Boat House. Bob was a member of the American Legion. Surviving is his wife, Nancy Jones; his mother Isabel "Bette” Jones and his sister Kathy (Landon) Hamlett. Calling hours will be held on Wednesday, June 1 from 4-7 PM. at Hardison Funeral Homes Inc., 3648 Ransomville Road, Ransomville, NY. Memorial donations may be made to the Coast Guard Mutual Assistance 1005 N. Glebe Rd. Suite 200 Arlington, VA 22201. Please visit www.hardisonfuneralhomes.com